Vegans are a group of individuals who, by definition, are vegetarians who eat only plant products and do not use anything derived from animals, such as leather.

What exactly is it about this motion that draws such ire from people? Exploding in popularity among a number of people — from politicians to celebrities to school kids and athletes — veganism has moved from the fringe into the mainstream. Now, some vegans are self-righteous, lecturing, soap-boxing, holier-than-thou activists. Trust me, I have been a dedicated vegan for at least 25 years and there are people within the movement that cause me to roll my eyes and pray that nobody is listening. 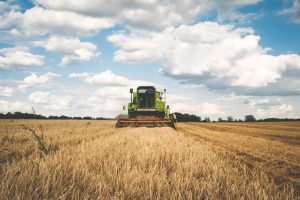 However, the majority of the vegans I know are soft-spoken, loving, kind, compassionate and dedicated to living a life that’s kind to all beings and to the planet. It is a powerfully simple sentiment imbued with good intentions.

It’s made me stop and think what this anger is all about. Being publicly vegan all these years, I’m often in the business of individuals who feel the need to justify their food selections.

Georges Ohsawa, a Japanese philosopher once said that when we take over our fair share of food, we harm all of humankind with our greed. In my view, once we choose to consume commercially produced meat (yes, manufactured since there isn’t anything natural about factory farming), we contribute to world hunger. We deprive people of food since acre after acre of land is farmed to produce animal food and animals for food.

Ultimately, producing meat isn’t too healthy for the planet. And for us? Well, not so much either.

So, is it collective guilt which makes people so angry at vegans and the notion of eating a wholesome diet? I’ve seen mean-spirited opinions on blogs posts encouraging high protein vegan foods that vary from telling the writer to “man up” to vegan members of meals co-ops being accused of having “an agenda” since they don’t wish to sell meat.

So, I’m back to my first question: Why do people get so angry at the notion of living a healthy, compassionate life rather than harming animals or other living things in the process of doing this?

In the long run, I have arrived at the conclusion that the derision and ire evoked by articles regarding veganism is only a response to expressing an opinion which differs from the mainstream. I feel these responses will continue to proliferate as long as we keep being told that meat is an essential part of human health.

You do not hear wellness experts advising the nation to eat more meat. To the contrary, most evidence indicates that the more fresh organic goods we consume, the greater the chance we have of living with the “lifestyle diseases” that plague our culture now. Unfortunately, this message is often drowned out by an unproductive — and irrationally mad — dialogue.

View all posts by admin

Why is maintaining a healthy weight important? As you get older, you might notice changes in your body's make. You...